Do you have any relevant information on this subject? Contact the reporter at cad@ap.no.

Full story, with photos, in Norwegian.

— As you can imagine, the Timor-Leste government had some questions to ask Norway when they realized what they had been exposed to, says former ambassador Pierre-Richard Prosper of Los Angeles based law firm, Arent Fox.

Mr. Prosper speaks on behalf of Timor-Leste's government on this matter.

Timor-Leste, also called East Timor, is one of the youngest and poorest nations in the world, with more than one third of its 1.1 million population living in extreme poverty, according to the World Bank.

But Timor-Leste's economy is growing fast, mainly due to vast petroleum resources. Norway authorities has heavy experience on the field. Through its Oil for Development (OfD) program, the Nordic nation aids several poor oil nations to ensure the resources become a blessing rather than a curse.

The OfD program aims to «reduce poverty by promoting economically, environmentally and socially responsible management of petroleum resources», according to the official mission statement.

As part of this programme, Norway identifies, recruits and finances several advisors. One of these advisers, hired in 2010, was Bobby Boye.

Arrested by the FBI

Boye, a lawyer and Nigerian native with years of experience from the US, was sent to Dili, capitol of Timor-Leste, to help make poor East Timoreans a little less poor.

But Boye also enriched himself, according to the FBI's New Jersey office. Bobby Boye was arrested June 19th, 2014. He denies all claims.

But this is not the first time Bobby Boye is in trouble with law enforcement, or accused of stealing from his employer.

He has a long career of stealing, forging documents and laundering money.

Boye, also known as Bobby Ajiboye, claims to have a law degree from St. John's college at Cambridge University.

Aftenposten asked the renowned, British college if they have either name on record. They do not, according to an e-mail from St. John's Library.

Boye also claims to be a member of Lincoln's Inn barrister association in London. They have no record of him as a member.

Two universities in California confirms his law degrees from 1998 and 2000.

Boye, using his alias Ajiboye, started working for Morgan Stanley in California in December 1998. According to the New York Stock Exchange Hearing Panel, during the months of April through July 2000, Boye caused the unauthorized transfer of funds and stocks from his clients worth $13,490.

Also in July, Boye was placed on paid medical leave due to what he presented as a life threatening illness.

Six months later, Morgan Stanley learned that Boye had been employed with accounting firm KPMG since the same month he entered paid medical leave, according to the panel.

His employment with Morgan Stanley was immediately terminated. The hearing panel determined he was to be «permanently barred from membership, allied membership, approved person status, and from employment or association in any capacity with any member or member organization».

In a Los Angeles Superior Court plea agreement of 2007, Boye admitted to grand theft by embezzlement of at least $150,000 and money laundering of at least $35,000 from his former employer, 3D Systems.

His method: making sure that whenever 3D Systems paid too much in taxes to Canada, the reimbursement ended up in Boye's account.

Three years later, in the spring of 2010, Boye was recruited by the Royal Ministry of Finance in Norway as a tax adviser, servicing the Oil for Development program at Timor-Leste.

For about 20 months, starting May 2010, Boye was paid a total of 2 million Norwegian kroner (approximately $340,000) in salary and allowances.

Timor-Leste took over the employment of Boye around February 2012, but Norway paid 60 per cent of his salary for one more year.

Early 2012, Timor-Leste marketed and solicited bids for a multi-million dollar contract to provide legal and tax accounting advice to Timor-Leste. Boye's job was to evaluate and advise on which firms to award these kinds of contracts.

Law firm Opus & Best won contracts with Timor-Leste, but did not disclose its strong ties with Bobby Boye.

According to the FBI, Boye was the sole member of the company, and received all the money - $3.51 million - transferred from Timor-Leste's account in the Federal Reserve. 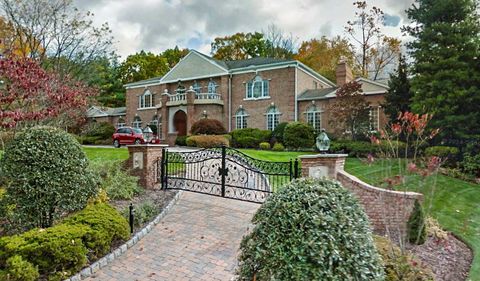 Bobby Boye is now in house detention at his $2 million New Jersey villa. The FBI has forfeitured four other properties.
Google

The FBI claims that Boye bought four New Jersey properties, luxury cars (a Range Rover, a Bentley and a Rolls-Royce) and watches worth more than $2 million.Boye is now awaiting trial in detention in his $2 million New Jersey home, purchased before the alleged fraud commenced, awaiting trial.

— What is Bobby Boye's position on the recent FBI claims?

— He denies it, Rem tells Aftenposten on the phone.

- Is it possible to talk to Boye directly?

— No. Even if you did get hold of him, he would not answer your questions. He is told not to discuss the case, Rem says.

Assistant U.S. attorney Shirley U. Emehelu tells Aftenposten that the next court date in this case has been pushed several times, most recently two weeks prior to this article being published.

Norway's Ministry of finance was made aware of the fraud allegations in the summer of 2013. Deputy director Håkon Tandstad signed Bobby Boye's contract, and answers Aftenposten's questions by e-mail.

- How could a convicted embezzler be employed by the Ministry of finance?

— That is a legit question. Vi followed what we thought were thorough recruitment routines, and we were extra cautious because this was an international applicant. But in this case, it obviously was not good enough, which is unfortunate.

- What was listed in Boye's résumé?

- Who background checked his résumé, and how was this done?

— Several members of our tax and human resources staff checked his résumé. We interviewed four of his references. In February 2010 we received a written letter from The State of New York Supreme Court, stating that Boye «was issued a certificate of good standing». Nothing in this process drew any of his qualifications in doubt, Tandstad writes.

Did not check 3D Systems

Boye also listed 3D Systems, the company he in 2007 admitted embezzling, as a former employer.

The Ministry of finance did not check this reference.

The four references that were interviewed, was related to a law firm in London (who filed for bankruptcy in 2003), accounting firm KPMG, and two offices of the Nigerian government. The last period he stated to have worked with Nigeria, overlaps with his 2007 prison sentence.

— There were no indications of inaccurate information in 2010, Tandstad writes.

- Where was Boye interviewed?

— He was interviewed twice in the winter of 2010, in New York and in Oslo, by several members of our staff. Our attention was directed to his professional qualifications, and the interviews confirmed that Boye was qualified and that he had a broad knowledge of international tax issues.

- When and how was the Ministry made aware of Boyes past?

— In the autumn of last year, after the fraud accusations were made, some claims of a previous criminal record surfaced. We were not familiar with the actual incidents reported by Aftenposten.

Norway's Ministry of finance decided, before this case came up, that it shall not recruit to, or act as employer in aid programs of this sort.

A high-level official with Timor-Leste's government tells Aftenposten that it has learned a lot about running a country in the last decade.

- How will this case affect the relations between the governments in East-Timor and Norway?

— We appreciate what Norway has done. As long as they take responsibility, mistakes can be made. We understand that. We also accept that, as long as one takes the right measures. This is just one of several examples of countries, companies and individuals trying to take advantage of us, without saying that Norway has done such a thing. However, this particular example was something we did not expect, the official says.

Øyvind Halleraker, spokesperson on foreign affairs of Norway's Conservative party, does not want to comment on any responsibility before the investigation in the FBI case is concluded.

— We will need to get back to that once there is a court ruling. But I do agree with your source that we should learn from this. It is almost unbelievable. If you are rude enough, anything seems possible. It means we have to be more aware, Halleraker says.

He hopes this will not affect the relations between Norway and Timor-Leste.

— We have had a very good and promising cooperation. Norway has contributed in relevant areas.